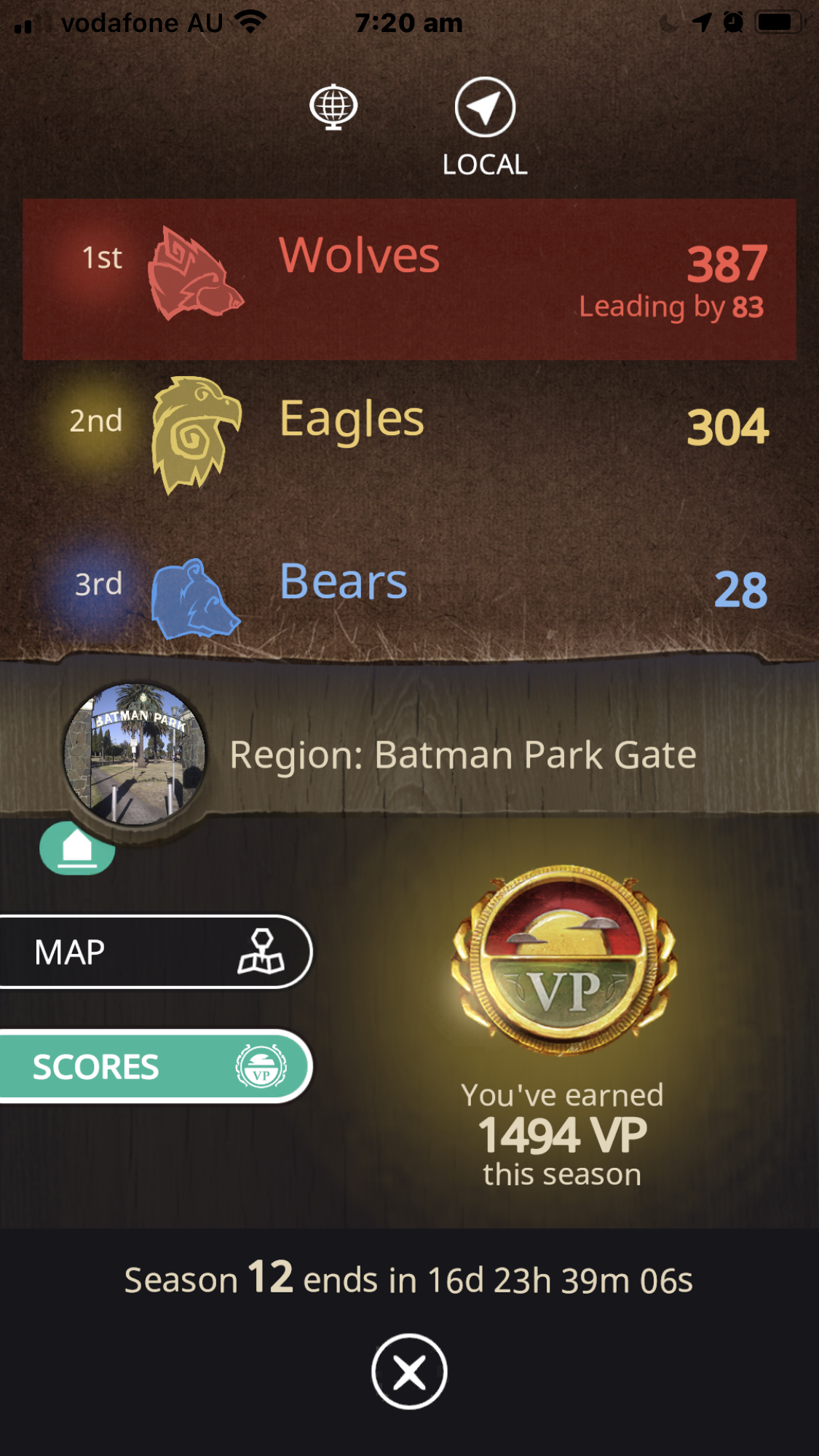 Why is my personal score significantly higher than my local score? I’m in my local region with both my personal and gold settlements. The only other region I play in also has a low local score so my points are not going there.