Ask me questions about Catanian Quests 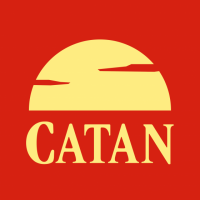 It's very exciting to see the Catanian quest update in your hands. The overall goals for the tuning pass were to provide more interesting activities for beginner or veteran players, even out the level of required effort and make the rewards more consistent and easier to communicate.

There's a developer spotlight coming soon that will discuss some of these changes, but I wanted to invite questions you may have for new quests or rewards after having a day with them. I can't promise I'll have a good answer, but I'll give it a shot.