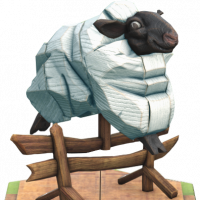 At the end of the season, the last round of mayor / city council elections generally generates an overwhelming flood of notifications… of course I like to have the messages, or mainly to claim the boost cards.

But with such a full Inbox, slow animations and not quiet perfect stability of the game¹, it takes several attemps, game restarts and game sessions – sometimes 2-3 days – for me to collect all rewards.

It would be nice to have some kind of aggregate message for the election notifications, listing where I became mayor (or 2nd/3rd city council), with the option to see the details/photo of the settlements if inclined so, but also an option to just "claim all" (which is generally all I want for the "council phase" of the elections. There could also be 3 aggregate messages, for each position (and type of boost card earned) – but please change it from the 70+ messages at the end of the season.

¹ For the BUG part of this feedback: at the last round of the notification-flood this weekend, the game felt as it was becoming slower with each boost card claimed, then crashed after something like 15-20 cards claimed – like 3 times in total…