New Players and Getting Started 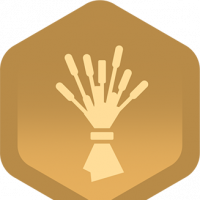 Had anyone managed to upgrade a building in their personal settlement? I have 3 additional Town Plaza cards but the button to play them is greyed out and has 250 written on it. But 250 what?