Prompt for daily recap / rewards appears after 00:00 local time. Tracker for the hard quest remains active, but the quest disappears from the list, and is not claimable even after completion (see image below). 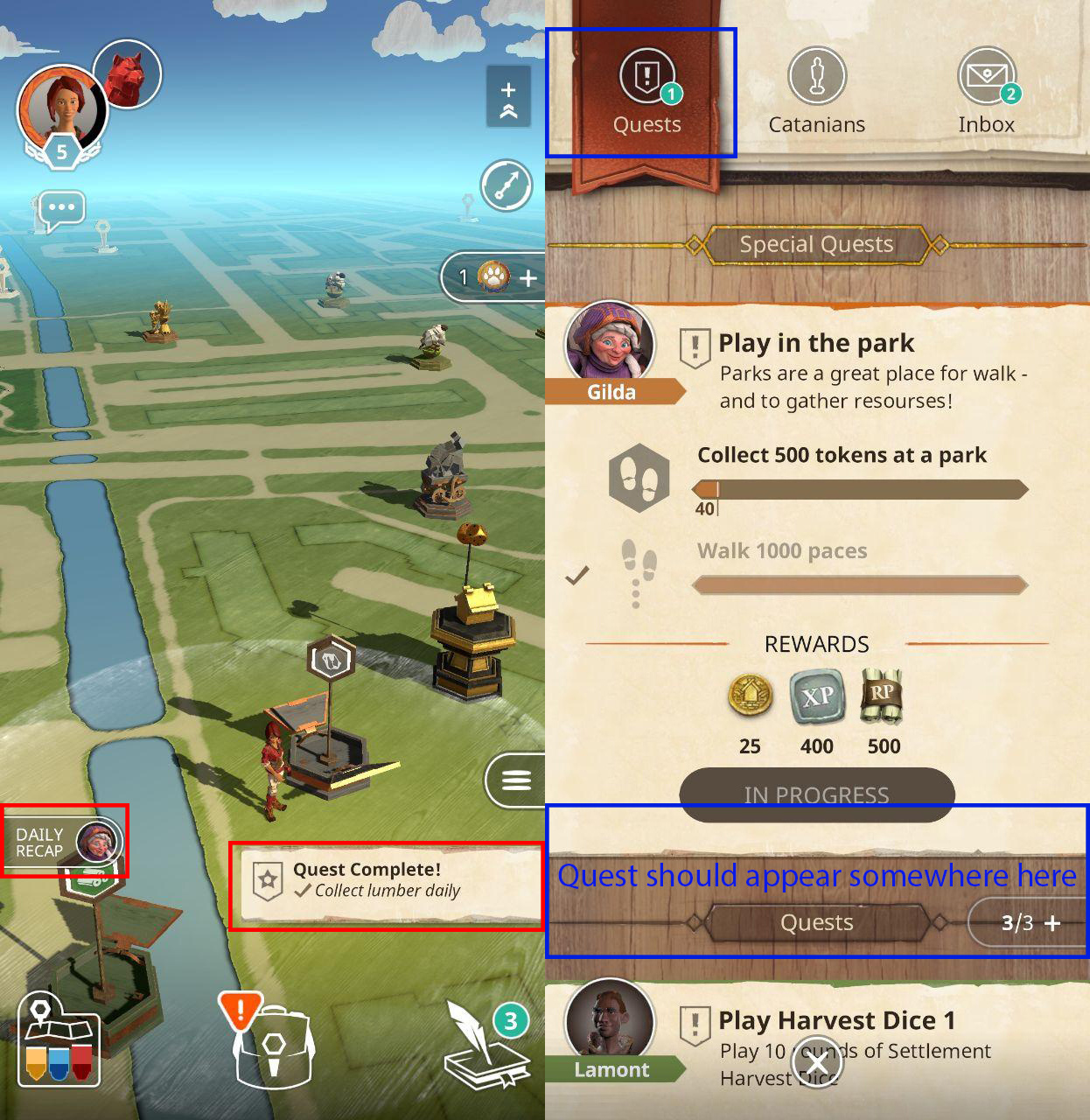 Workaround: change clock timer to before 12am to claim rewards.