The Destination of Catan WE 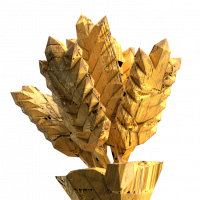 Catan WE was announced, soon a lot of expectations were generated, and many were eager to play.

Local groups were created a little over 1 year ago and until today the anxiety is great, but different from the other titles with the Niantic signature, Catan has been shown to be fragile, with incorrigible bugs, bad choices on the part of the team with a focus on balance and a lack of schedule.

Even many days after the release of the Beta, players around the world are even more frustrated to see that the game continues with a schedule and its launch has stopped in time and drowns in errors and updates that bring more errors.

I am not a game tester, but it is heartbreaking to see beta players increasingly discouraged and saddened by the game.

The question that remains is, am I the only one who is seeing Catan WE dying on the horizon?

Many friends of mine have been discouraged by the game that was not even released.

Every day beta players leave the game aside and with its launch stuck I wondered if the game goes ahead ...

I follow the forum, I follow the news of the game for 1 year and I confess that I am feeling frustrated with Catan WE.

I currently manage a local group for Brazilians from Catan WE that in the last few days many members left the group and gave up the game.

Are you the game tester, how do you feel and what do you think about the future of the title?