Bug in scoring for settlement buildings 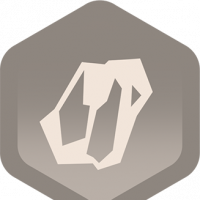 The new settlement building balance for this season has introduced +VP per building card played. (Last season, we get +VP only when a building is first played or goes up a level)

According to this post each building card played in a Settlement will generate VP based on rarity: +1 VP for Common, +2 VP for Uncommon and +3 VP for Rare.

However, I have noticed that Uncommons actually give only +1 VP per card, and Rares give only +2 VP per card. I have cross-checked this between my Personal VP, the settlement VP (the number displayed above the Monument in the settlement screen) and also the regional score in the Strategy Map. They all show +1 VP added when I play one Uncommon card, and +2 VP added when I play one Rare card.

I have not confirmed if this is the case for the Global score as well because it is not possible for me to track only the VP that I have contributed (I cannot control for VP from other players around the world adding to the score at about the same time).